“We are inspired by our own experiences, as well as those of others. The last year was the beginning of a new era for all of us and it has left us with much to analyze and the need to rethink our priorities. There’s been so many changes on this planet: the confinement, the constant looking back at the past, the struggle of many against endless injustices, love, all this leads to the fact that our new songs have very current themes but that also transcend time. They continue the characteristic sound of Acid Coco, with the undeniable influence of the Caribbean.”
ACID COCO

If we can define folklore as the passing on of traditions from a particular group of people, then there can be no denying that Acid Coco, whether consciously or not, are playing an important role in disseminating the folk culture of Colombia’s Caribbean coast. Throughout their music there are links to tradition: the gaita flute typical of rural cumbia, the effervescent guitar licks that are such a big part of the coast’s Afro-diasporic sounds, the teeth-rattling bass indicative of communities brought up on picó sound systems since the 70s, the unmistakable sound of the marimba wooden xylophone (each note like a rain drop on the jungle canopy), and then there are the lyrics.
Tradition should not stand still, and in Andrea’s words we find the oral traditions of the last 30 years: on “Hoy Como Siempre” she sings of the need for women to stick up for themselves, to not fall in love too easily; on “Cara Dura” the sentiment is even stronger, its lyrics picking out a male predator on the dance floor who will not be tolerated; and then there’s “Mundo de Mentira” where vulnerability peaks through, the story of a woman whose life has become a “world of lies” since their lover has left – who can she believe now the one she trusted the most has gone?
They are stories that could have spilled out of Cali’s salsatecas, Cartagena’s picós or any club the world over, yet through Paulo’s canny production there is no doubt where we are.
Dembow, cumbia, reggaeton, even on the spiky Caribbean folk of final track “Por Las Venas” or chiptune melody of “Aquí y Allá”, there is nowhere we can be other than on Colombia’s Caribbean coast. It’s music that comes from lived experiences, from growing up in Colombia’s clubs and through its violence and daily realities. Culture is being passed forward. 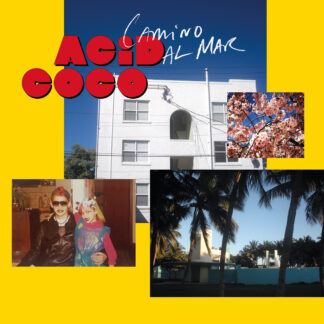