Psychedelic hard-rock / heavy blues with loud fuzz-wah guitar and powerful drumming by this power-trio from Arizona, originally released in 1969.

Bliss was born from the ashes of garage band The Sect. Legendary radio DJ and producer Hadley “Who Loves You Madley” (the first black disc jockey from Arizona) took them under his wing and produced some recordings. By the end of 1968, the five members of the Sect graduated and decided to break up. Soon, they reformed as a trio with Martin (bass), Reed (guitar) and Aldred (drums). Reed came up with a new name, BLISS, which not only reflected his spiritual interest but it was also more in vein with the new psychedelic sounds of artists like Cream, Blue Cheer or Hendrix.

Under Murrell’s guidance, the trio recorded a full album, released on L.A.-based Canyon Records in 1969. Canyon, home to artists like Doris Duke or Swamp Dogg, was a label more focused on R&B, soul and funk than psychedelia, so, not surprisingly, the album slipped through the cracks.

It wasn’t until a couple of decades later that Bliss was re-discovered by psych collectors, who were attracted to the album’s heavy & bluesy psychedelic sound, highlighted by Reed’s hard fuzz-wah guitar and Aldred’s powerful drumming. The album offers a mix of great self-penned tracks (including two by Murrell) such as “Visions”, “Ride The Ship Of Fools” and “Cry Of Love” – which bears a striking resemblance to the Zombies “Time Of The Season”! – plus a few covers (Joe Tex, B.B. King, Johnny Guitar Watson…)

“This is simply a great LP!” – Acid Archives 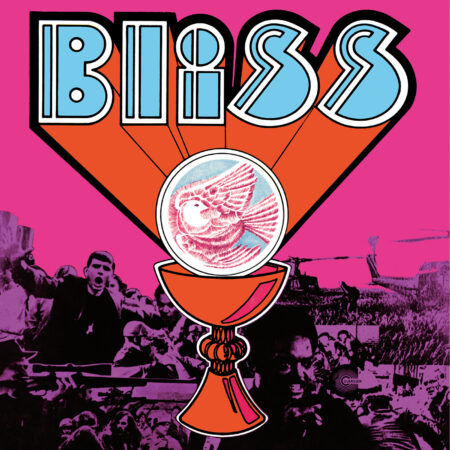