Amazing previously unreleased 1976 recordings by psychedelic progsters Blat Brut. Highly touched by the works of Jimi Hendrix, Traffic, John Mayall, Pink Floyd or Jethro Tull, the band melted all their influences into a unique sound and delivered extended heady instrumental jams with a tight, ferocious drum & bass backline under guitar pyrotechnics and psyched-out flute arrangements. This band was not only formed by its four musicians, their line-up also included two sound engineers who built their equipment and created the sound effects heard on the instruments. They where also responsible for these recordings made in 1976 and unearthed here for the first time ever.

Think of a mindexpanded instrumental version of Pan & Regaliz, add some spicy bits of the early Jade Warrior’s fuzz guitar, some reminiscences from Skin Alley’s first LP or the Canterbury way of deconstructing instrumental passages and you’ll get a close idea of what these young kids were doing where they were doing when they closed themselves together in their small rehearsal room in Barcelona’s mid seventies.

For the enjoyment of all mindexpanding progressive jam lovers, Wah Wah is now issuing them in a beautiful edition with paste-on cover and a gatefold insert plenty of photos and text by original band flutist Anton Serra, in a very limited edition of only 400 copies. 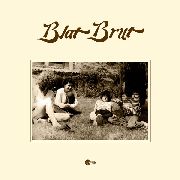