BASKING SHARKS are one of the unsung heroes of the original minimal / synth-pop / wave era.

Formed in 1980 in the North of England, members Adrian Todd, Ged McPhail and Martyn Eames used an array of home-made electronic instruments plus customized second hand synths to provide unique sounds. On stage they always played “live” without the use of backing tracks. Their stage act included a slide show, films and computer visuals synced into the stage performance. Their music merged electronic pop with European influences and experimentation.

During their existence, they toured extensively throughout the UK, did a session with John Peel and produced a single, an EP and an LP plus numerous videos, and live recordings.

Here’s their first ever vinyl retrospective, including a selection of tracks from their sought-after album, “Shark Island” – originally released in 1983 – most of the tracks from their two 45s – “Diamond Age” & “Thrill Of The Game” – plus fantastic previously unreleased recordings. 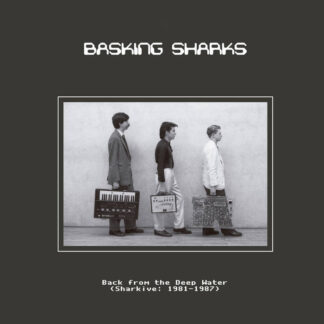