First ever vinyl reissue of this ‘Incredible Strange Music’, private press (infamous) classic, championed by lovers of the wonderful & weird such as Jello Biafra. A time capsule which will send you back to the post-beatnik, pre-psychedelic / hippie scene from L.A.

With his long red hair and matching beard, Robbie The Werewolf – a folksinger of the frantic variety with a fetish for monsters – was a striking performer with a manic stage presence, acting out his songs as much as singing them. His set consisted of his original songs and uniquely reworked versions of folk standards, played on a beat-up twelve-string guitar. This inspired some of the most bizarre songs ever committed to vinyl: listen to “Count Dracula” and its proto-psychedelic, amazing echo effects or the insane DIY rocker “Rockin’ Werewolf”.

It was at The Wale Back in L.A one heady night in 1964, that Robbie’s solo act was captured for posterity and released as a tiny private pressing. A few years later, Robbie was a founding member of L.A psychedelic band Clear Light. But that’s another story…

*LP housed in an old- school- style tip- on sleeve.

“Unique artifact, made even more compelling by the fact that this guy later turned up in big time band Clear Light” – Patrick Lundborg (Acid Archives)

“Robbie The Werewolf” was really a trip. Just the fact that he had that “werewolf/vampire” folk act that he did was enough, but he was really a left-over from the beatnik generation and was way ahead of his time and was a precursor of the hippie movement ” – Alan Brackett (Peanut Butter Conspiracy) 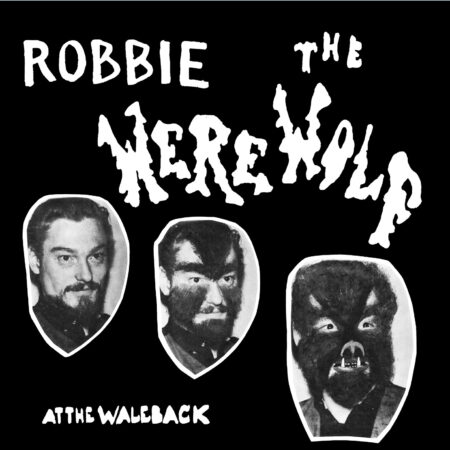