LP+DIGITAL DOWNLOAD. One of the rarest teen-garage albums from the US, originally released in 1968 on the custom Century label.

A mix of fantastic original songs and imaginative covers.

From garage-punk to moody folk-rock, beat and proto-psych.

The story of Thus is not very different to that of many 60s bands that appeared in the US after the British invasion: four high school friends who decide to form a group influenced by the Beatles, Stones, Who, Kinks, Yardbirds, Zombies or the Byrds, ending up releasing a private pressing album.

In the case of Thus, they were four friends from the tiny town on Victor in New York: John Johnston, Don Corbit, Jerry Heukensfeld and Barry Dalgleish.

In 1968 they released their only album, “All Of Thus”, on the custom Century label in an edition of just 265 copies.

But there are two things that set the Thus album apart from many other similar garage records of the era: half of the songs are original compositions by John Johnston, showing a talented and versatile songwriter capable of moving from moody folk-rock / teen-beat to garage-punk and proto-psych and the other half are cover versions (typical of such garage albums) but done with an unusual strong personality and imagination. These include their superb rendition of Bacharach’s “Walk On By”, a punked-out cover of the Zombies “It’s Alright With Me” and more.

The “All Of Thus” album went unnoticed until 1993, when it was unearthed and reissued on vinyl by the Rockadelic label. Long out of print, we present a new reissue with newly remastered sound, original artwork and insert with liner notes by Mike Stax, telling the story of the band for the first time. 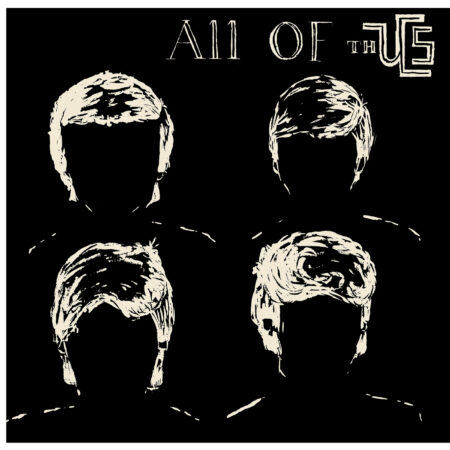