The missing link between Los Brincos and Barrabas!

Alacran was a Spanish power-trio formed by legendary drummer, songwriter & producer FERNANDO ARBEX along with guitar/keyboard player OSCAR LASPRILLA and bass player/singer IGNACIO ‘IÑAKI’ EGAÑA. Fernando and Oscar had previously played in famous Spanish beat band Los Brincos: Fernando was a founding member and Oscar, who came from Colombia – where he had been part of Los Speakers – was recruited for their final line-up, recording with them the psych masterpiece “Mundo, Demonio y Carne”. Iñaki Egaña was an acclaimed bass player who came from psych/blues band Los Buenos. So, basically we’re talking about three of the best musicians from the Spanish 60s-70s scene. When they started to play together, chemistry occurred and soon, guided by Fernando, they entered the studio to lay down some tracks. “Alacran” was the result, the only album by this short-lived power-trio, recorded in 1969 but not released until 1971 (as a self-released edition, distributed by the Zafiro label). It was released in Spain and Brazil but despite the good reviews and interest from some record labels in the US, the band never got to play live and soon they split.
Alacran was over but Barrabas, featuring Fernando and Iñaki, was born… 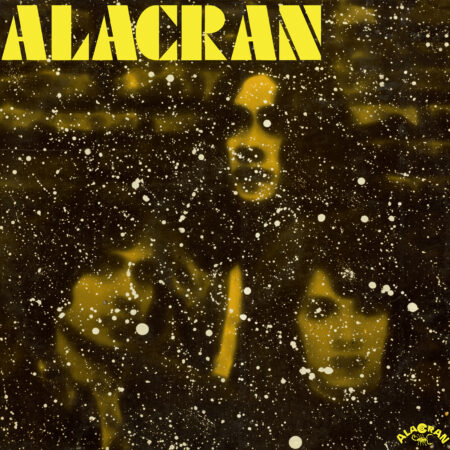