AK Musick was an improv collective assembled by Hans Kumpf to “make music in a very democratic way”. The five players had a classical education but they were also influenced by avant-garde composers like Helmut Lachenmann and Johannes Fritsch. Their only album, “AK Musick”, was recorded in 1972 at the famous Bauer Studios in just three hours and engineered by Martin Wieland, who had previously worked with Keith Jarrett for the ECM label. Some of the instruments used were: clarinet, cello, oboe, organ, piano, darbuka, tam-tam, ektare, flute, zither…Includes the amazing “Impro-vision” which sounds like electronic music but using only natural instruments.

“AK Musick” was originally released in 1972 on Kumpf’s own AKM Records label. It was a private homemade edition of 150 copies with spray printed covers. During the 70s, AKM Records was also home to other free-jazz rarities like “Free Blacks” by Perry Robinson / Hans Kumpf (where Hans also collaborated with his friend Wolfgang Dauner) and “In Time” by Theo Jörgensmann.

Very hard to find now, we present the first ever LP/CD reissue of “AK Musick” done under license from Hans Kumpf.

Hava
Schace
Impro-Vision
My Ape & My Monkey
Ron Do
Baz 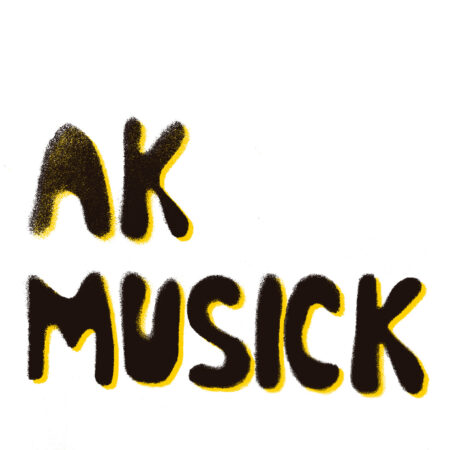