Extremely rare, under the radar afro-psychedelic LP from South Africa. This mysterious band was produced by African funk master, composer, guitarist and producer Almon Sandisa Memela, who was active since the mid 1950s, first as a musician and guitar teacher and then also as a producer. He is famous for his 1970s Afro funk works Funky Africa and the very sought after Broken Shoes.

Action features a cool mixture of incipient afro-funk and garage pop/psych, with one of its songs having been compiled on the famous Next Stop… Soweto compilation series that helped ignite the current fever for African music.

First ever vinyl reissue, reproducing the original sleeve artwork and with remastered sound. 500 copies only. 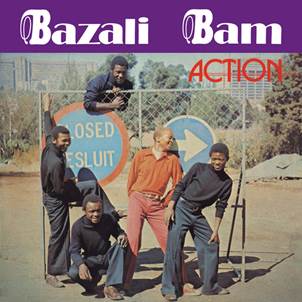